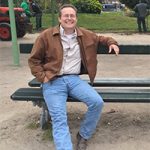 Some years back Davis (my brother) and I were up at Gary’s. I think we there for one of the conventions in Milwaukee, the one that replaced Gencon (the name escapes me). We had trundled over to Lake Geneva to visit Gary, talk business and other sundries. We had bought Gary a bottle of his favorite Serbian whiskey (Slipovisk) and we were all sitting around drinking a few rounds before going to dinner.

I had had one shot and it was burning a hole in my empty gut, but another round hit us (I’m pretty sure Gary instigated this, but it may have been Davis). Davis and Gary drank it right away but instead of drinking it I began nursing this second shot.

We were were all talking and joking and clearly everyone was ready to go to dinner. We couldn’t go until the glasses were empty. I kept nursing that shot. Gary began eyeballing my shot glass and me as well, with that look only Gary could give. I felt the pressure cook up but my gut was protesting.

Davis came to the rescue as Gary looked away he snatched up my shot glass, emptied in a swig.

Gary looked back and commented through a chuckle something to the affect “Ah now we can go!” I suspect he knew I’d never finished that second shot. He was a good sport with such things.

Many an hour was spent on that porch gaming, joking, eating and drinking!